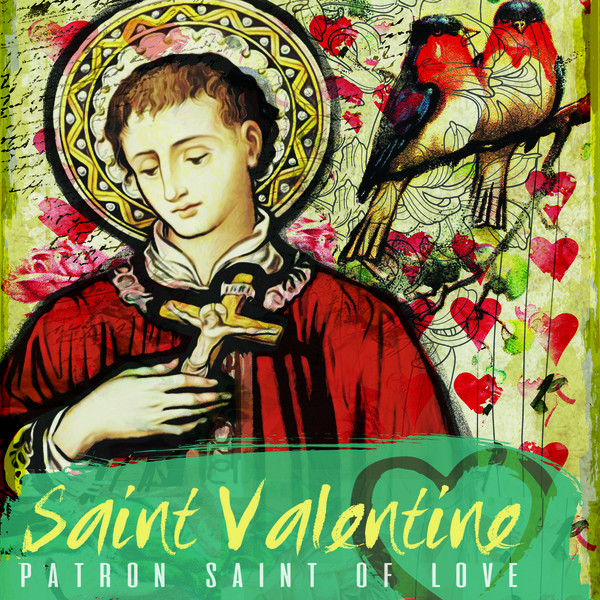 Saint Valentine was a 3rd-century Catholic priest who was martyred by the Roman Emperor, Claudius II. As with many saints of the early Church, extensive written records are not always available, so we rely on tradition and sometimes legend as well. Until the early 4th century (313 AD, more precisely), being a Christian in the Roman Empire was punishable by death. Many Christian heroes from the first three centuries were killed for their faith in Jesus Christ. Throughout the chaos of Christian martyrdom in the early Roman Empire, the story of the courageous Saint Valentine prevailed and became widely known. Pope Julius I built a basilica at the tomb of Saint Valentine sometime during the 4th century.

During the time of Saint Valentine, Romans were living in ways that were grievously contrary to both the natural law and the Christian faith. We know that polygamy (a man taking multiple wives) was promoted in 3rd century Rome. History also tells us that the Roman culture placed a high value on all things “pleasurable,” while the sanctity of the human body was often denied. This is likely one of the reasons that the early Christians were so despised. Around 268 AD, Emperor Claudius II placed a ban on the marriage of young people, because he wanted committed soldiers who weren’t distracted by wives. During this time, Saint Valentine not only converted many Romans to Christianity, but he also ardently promoted Christian marriage between one man and one woman. Saint Valentine would secretly marry couples in the Church until his operation was discovered and he was sentenced to death.

Saint Valentine stood up for Holy Matrimony in the midst of a culture and an emperor that denied its value. The Godless Roman culture rejected the sanctity of the human body and the divine arrangement of Holy Matrimony. The church’s defense of the sacrament of marriage has been persistent for two thousand years, starting with Saint Paul’s letters. Saint Valentine offered his life for the Christian faith, and specifically for Christian marriage. It is fitting that Saint Valentine’s final act of love was the healing of a blind girl. Looking at the human person, the world sees only useless body parts often only as objects of pleasure. We are called to help them see the body as a gift from God which has been created for an evident purpose. It seems then that our mission, like Saint Valentine’s, is to help the blind to see.

Written by: Curtis Gross, Seminarian in the Archdiocese of Cincinnati

A Message from Fr. Ed

This week I was asked by Archbishop Schnurr to be the temporary administrator of St.... END_OF_DOCUMENT_TOKEN_TO_BE_REPLACED

A Message from Fr. Chris

I am grateful for the welcome I have received in Loveland over these past... END_OF_DOCUMENT_TOKEN_TO_BE_REPLACED